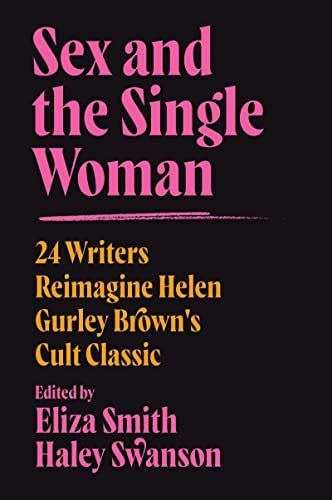 Sex and the Single Woman

This fresh, voice-driven feminist anthology reimagines Helen Gurley Brown's seminal work Sex and the Single Girl in time for its 60th anniversary, featuring twenty-four essays from acclaimed and bestselling authors, including Kristen Arnett, Morgan Parker, Evette Dionne, and Melissa Febos. In May 1962, Helen Gurley Brown's Sex and the Single Girl sent shockwaves through the United States, selling more than two million copies in three weeks. The future Cosmopolitan Editor-in-Chief's book promoted the message that a woman's needs, ambition, and success during her single years could actually take precedence over the search for a husband. While much of Brown's advice is outdated and even offensive by today's standards, her central message remains relevant. In this exceptional anthology, Eliza Smith and Haley Swanson bring together insights from many of today's leading feminist thinkers and writers to pay homage to Brown's original work and reinterpret it for a new generation. These contributors provide a much-needed reckoning while addressing today's central issues, from contraception and abortion (topics the publisher banned from the original) to queer and trans womanhood, racial double standards, dating with disabilities, sexual consent, singlehood by choice, single parenting, and more. Written for today's women, this revisionist anthology honors Brown's irreverent spirit just as it celebrates and validates women's sexual lives and individual eras of singlehood, encouraging us all to reclaim joy where it's so often been denied.
Sign up to use