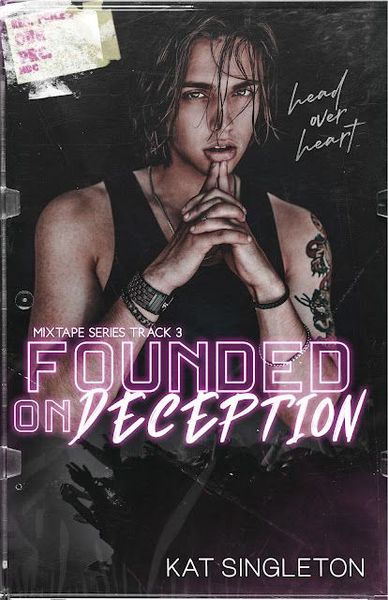 An Enemies to Lovers Standalone Romance (The Mixtape Series #3)

I did what I had to do to protect someone I care about. That sentence almost ruined my career–my life–and painted me as the villain in a story I was trying so desperately to save. But that story wasn’t finished, and I am not someone you want to piss off. As the manager for global pop sensation Nash Pierce, I’ve had to make some tough decisions. But when both Nash’s career and passion were threatened by his corrupt record label, the decision was easy–burn the label to the ground. And do it before Nash’s annoying younger brother Aiden Pierce ruined everything. No one despised me more than Aiden for what I did, and no one was able to push my buttons like he could. He was cocky, selfish, and had a temper that could blow up my entire plan. Now, not only did I have to take down a billion-dollar corporation, but I had to do it alongside someone that hated me. And then things got complicated. I didn’t expect to let Aiden in–to relinquish control to him so easily. I didn’t foresee being consumed by desire for a man that I held so much animosity toward. It didn’t occur to me that while fighting a common enemy, we might just find our own common ground. Most of all, I never thought that love and trust could stem from a relationship that had always been founded on deception. Founded on Deception is an enemies to lovers romance and the third interconnected standalone book in The Mixtape Series.
Sign up to use